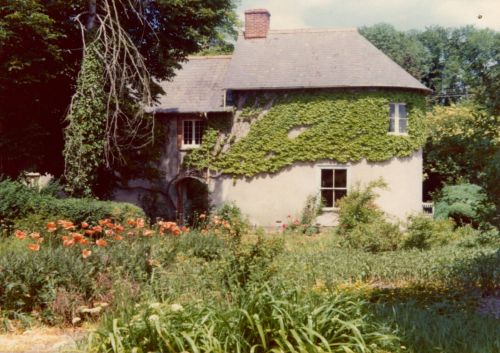 Polden & Feltham at the Round House

Winter is definitely here and it’s time I got back to Maria Cockrell’s story. When  I left her in 1879 I was hoping to find a reference in her letters to her son Jimmy’s business, Polden and Feltham, which he and his cousin Clement Polden had started in 1878, or so I understood. (Maria’s married name was Feltham of course, Cockrell was her maiden name). Maria often mentions Clement in her letters to Jimmy but not their business. Strange, you’d have thought Maria would have had something to say on the subject, but I have found nothing.

Whatever, Polden & Feltham did exist at Flint House until about 1972 and the company is the subject of this blog, with specific reference to a P & F ledger covering the years 1888 – 1897. Mercifully this ledger was saved from the bonfire by AS in the 1970s when P & F closed down. I have been hanging onto the ledger for a while so my grateful thanks to AS for his patience. 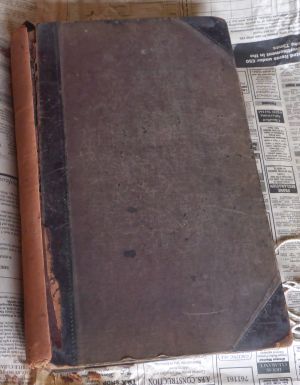 It is a weighty tome, beginning to crumble around the edges, but it records almost 10 years of work done by P & F, in the village and nearby. It starts with estimates for work, then hours of actual work done and by whom, lists of materials purchased and the settling of accounts. Most customers were well-to-do village folk, farmers, landlords, the vicar, the school managers etc. Besides mending farm implements and equipment P & F also repaired the interiors of houses. One of the houses renovated in 1897 was my house, the Round House, which had been bought from the Long family’s Chitterne Estate by Alice Mary Langford, spinster granddaughter of Frederick Wallis who farmed at The Manor.

This page dated August 1897 gives the work carried out on the left, and list of materials used on the right (plus an unrelated entry in a different hand at the bottom of the left page). The main work done was to the two rooms in the round end, the parlor downstairs and bedroom above. This part of the house was originally built in Regency times about 1814 when the Morris family leased the property from the Methuens of Corsham. Charles Morris died aged 94 in 1879 and the house was afterwards let to the Wiltshire Constabulary to house the village policeman. Until, in 1896 Walter Hume Long of Rood Ashton decided to sell all his Chitterne properties, and it was bought by Alice Langford. Hence the refurbishment in 1897.

I was interested to see what remains today of the works done by P & F in 1897.

The floor boards and joists in the sitting room (parlor) were replaced and remain (under carpet). The sash windows were refurbished in both round rooms and the roadside sash windows are still mostly original. The skirting was replaced in both rooms, but only the bedroom skirting survives. The walls of the rooms were decorated using 12 yards of canvas stretched over battening, sized with 4lbs of glue and papered with 18 pieces (rolls?) of paper and 22 yards of border. None of this survives but I imagine it looked grand.

Three panel doors were replaced in the rest of the house, two of these remain with their white ceramic handles, locks and brass keyhole plates. They are much shorter than modern doors, only 6ft high, causing grief to tall people.

The outside earth closet was completely rebuilt of wood and was still here when we moved in, complete with wooden seat and soil bucket. It was demolished to make way for a car port. I wish I had been in the habit of taking photographs back in the 1970s, but that was before history took hold of me. The completely refurbished lean-to wash house went when the house was extended to accommodate my mother in 1986.

The main things that have survived the last 120 years are the porch and the round cast-iron guttering. The porch was constructed with a curved sheet of iron held up by two iron brackets, bolted and screwed together costing 5 shillings 1½d. (25p). While the curved iron guttering cost 14 shillings (70p), plus £1. 0s. 6½d. for making the pattern and fixing. I wonder if this was made in the P & F forge by Alfred Burt the blacksmith.

When Alice Langford moved in she required more work from P&F. There is a further page in the ledger listing dates in September, October and November 1897 under Miss Langford’s name for work P&F did at the Round House.

They repaired a dresser, put up shelves, bells, stair eyes and blinds and later wardrobe hooks in the round room closet, coat and hat hooks in the passage and fitted a new tin plate to the fire. I remember this walk-in closet, it’s now a shower. The servant bells in the hallway were still in situ when we moved in. A row of brass bells on curly springs, connected to the upstairs rooms by wires. Again no photographs but one last bell hangs outside the front door.

For more on the Poldens of Flint House and Polden and Feltham see link below :

The Poldens of Flint House