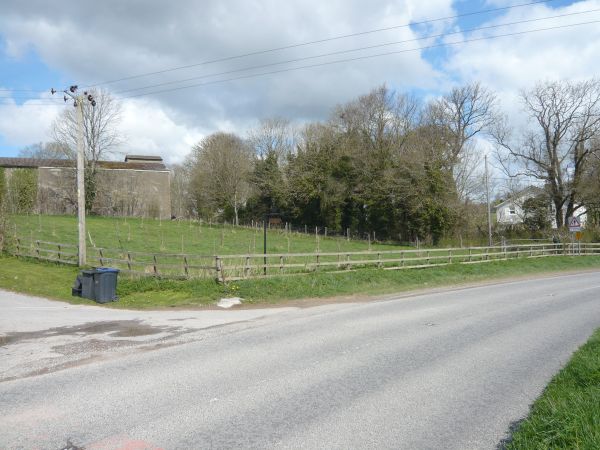 Don Poolman put up scarecrows on his allotment near the Warminster Road and the name Gallybagger Corner was born. Gallybagger being a local name for a scarecrow. Don’s gallybaggers became quite a local feature, standing prominently at the entrance to the village. They were even photographed and put in a book: ‘Salisbury Plain – second selection’.

Back in the gallybagger days the area was given over to village allotments, this was before the grain dryer and Valley Farm existed.

Don Poolman 1920-2009 was born and brought up in Chitterne at the Round House and worked for Farmer Stratton. He and his wife Betty lived at Ivy Cottage, 104 Chitterne, after WW2 but when Betty was expecting their first child they were flooded and had to move out. Don carried Betty on his back through the flood to the Round House over some sheep hurdles he’d laid down.

Follow-up from Don Poolman’s brother RP, who tells me that their father, William Poolman, started the tradition of the scarecrows on the allotment. Don carried it on and improved on his father’s efforts. Don’s scarecrows were considered to be the best.